Also, Hotel Reservations are open and you can now begin making your room reservations for FOGcon 10! The convention rate is $113 per night if you book before Feb 13, 2020 and you can take advantage of the rate here: Book your hotel.

One of the things that makes FOGcon special is our tradition of combining an annual theme with honored guests whose work speaks to the theme and sparks conversation and thought beyond the superficial. We're delighted to announce our Honored Guests for FOGcon 10: Nisi Shawl and Mary Anne Mohanraj. Our Honored Ghost is Sir Terry Pratchett. 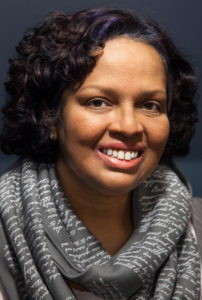 Mary Anne Mohanraj is author of A Feast of Serendib, Bodies in Motion, The Stars Change, and twelve other titles. Other recent publications include stories for George R.R. Martin’s Wild Cards series, Perennial: A Garden Romance (Tincture), stories at Clarkesworld, Asimov’s, and Lightspeed, and an essay in Roxane Gay’s Unruly Bodies.

The Stars Change was a finalist for the Lambda, Rainbow, and Bisexual Book Awards. She’s recipient of an Illinois Arts Council Fellowship in Prose, has received a Locus Award and a Breaking Barriers Award from the Chicago Foundation for Women, and has been Guest of Honor at numerous conventions.

She is Clinical Associate Professor of fiction and literature at the University of Illinois at Chicago. www.maryannemohanraj.com 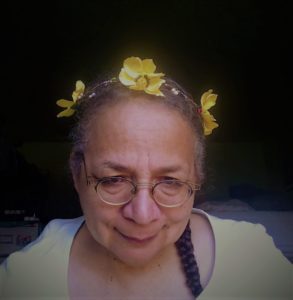 Nisi Shawl is an African-American writer, editor, and journalist, who writes and teaches about how fantastic fiction might reflect real-world diversity of gender, sexual orientation, race, colonialism, physical ability, age, and other sociocultural factors.

They are the author of Everfair, an alternate-history novel set in the Belgian Congo; Filterhouse, a collection of their short stories; and Writing the Other: A Practical Guide, co-authored with Cynthia Ward. Their science fiction and fantasy short stories have been published in a number of magazines and collections, including Asimov's, Strange Horizons, and Dark Matter. Their latest book is the short story collection, Talk Like a Man (November 2019).

Shawl is a board member of Clarion West and a founder of the Carl Brandon Society. Their stories have been shortlisted for the Theodore Sturgeon Award, the Gaylactic Spectrum Award, and the Carl Brandon Society Parallax Award. In 2008, they won the James Tiptree, Jr. Award for Filter House, which was also shortlisted for a World Fantasy Award. In 2009 their novella Good Boy was additionally nominated for a World Fantasy Award.  Their novel Everfair was nominated for a Nebula Award. 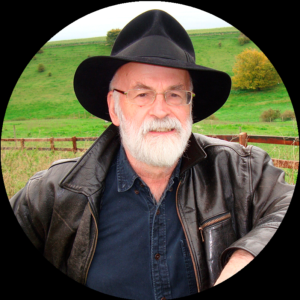 Sir Terry Pratchett OBE was an English humorist, satirist, and author of fantasy novels, especially comical works. He is best known for his Discworld series of 41 novels.

Pratchett, with more than 85 million books sold worldwide in 37 languages, was the UK's best-selling author of the 1990s.He was appointed Officer of the Order of the British Empire (OBE) in 1998 and was knighted for services to literature in the 2009 New Year Honours. In 2001 he won the annual Carnegie Medal for The Amazing Maurice and his Educated Rodents, the first Discworld book marketed for children. He received the World Fantasy Award for Life Achievement in 2010.

FOGcon ON THE WEB

For more information, email us at fogcon@fogcon.org

To volunteer, email us at volunteers@fogcon.org

To inquire about being a dealer, email us at dealers@fogcon.org

To comment on the web site, email us at website@fogcon.org

Please note that it's for FOGcon on the memo line of the check and in the cover letter.